The holidays are a great time to share stories with your family.  Have you noticed that the best ones seem to come out of nowhere, when you least expect it?  Well, my mom definitely had me laughing for a while with two hilarious stories about financial revenge from her life and I can’t stop think about how funnier they are.  But they have me thinking…how much money would you pay for sweet revenge? 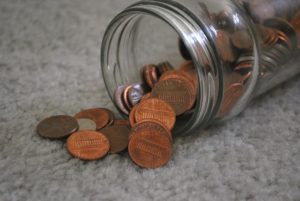 Before I start the story, I feel obligated to say that this article is not talking about physical revenge.  Rather, this article discusses the funny, ironic revenge that gives you the satisfying “AH HA!” feeling of sweet, sweet victory without causing any actual pain.  Now on  to the stories.

First, my mom told me that when we were young, she paid a doctor bill but didn’t realize that there was still a $5.81 balance remaining.  She works at an accounting firm (See where I  get it from??) that works with small businesses.   So she had first hand experience about how medical offices will just write off small balances owed by customers versus pursuing the outstanding balance.  If someone making $20 per hour spends more than 17.43 minutes trying to collect this bill than the office would have realized a loss on the transaction.   I think that doctor’s office needs a new Controller or accounting manager, because my mom told me they called her relentlessly for 6 years about this bill!!  Not 6 days, 6 weeks, or 6 months…..6 years!!

One day six years later, one of the people calling caught her on the wrong day and finally pushed her over the edge.  She said that the next day she went to the bank, withdrew 581 pennies from her account, unrolled the coins, and put them in a bag.  Walking proudly into the doctor’s office, she tapped on the window, handed the manager the bag of unorganized coins, and watched her count each of the pennies until the transaction was closed.  The trust is, my mom probably never had to pay the bill.  But to her, at that moment in time, getting revenge on the doctor’s office was well worth $5.81.  Heck it was a steal!

The second story she told me had the potential to become much more expensive.  It involved her childhood neighbor, a car dealership, and one heck of a game of chicken.  Before lemon laws were enacted in the 70s, which now protects the purchaser of a car from being stuck with a defective car shortly after purchase, her neighbor bought this new car and couldn’t be happier with it.   Unfortunately for her neighbor, the car quickly began to have problems and they faced the realization that they were staring a massive loss in the face.   In the pre-lemon law era, you couldn’t simply put this back on the dealer.  You were stuck with the cost.  Unless of course, you had the chutzpah of her neighbor.

Instead of accepting their fate, her neighbor battled back.  He called the car dealership and threatened to buy the brightest can of yellow paint, cover his car, and then write in black “I purchased this lemon at Xs car dealership.”  A bold move indeed because once you threaten this option, if the dealer calls your bluff, you are done!  Staring a ton of bad publicity in the face and a possible chink in the dealerships reputation, the owner called her neighbor, told them to bring the car back, and there was a happy end to the story.  But man, the sunk cost of a new car and the cost of paint would have been one expensive piece of revenge.

After I left her house, I couldn’t stop trying to find the maximum price I would pay to capture that “Ah ha” moment.  Being frugal, I can’t imagine I would spend too much money on it.  However, if someone did something wrong, and I had a chance to teach a lesson, get a good laugh, and not cause any physical damage along the way, I may be willing to pay up to $100 to do it.  I don’t know and I hope I never have to find out.  But man is it fun to image myself pushing a wheelbarrow full of pennies into a doctors office or a credit card company to pay a bill!

Have you ever found yourself in one of these funny revenge-type situations?  Please share your story if you have!  How much money would you be willing to spend on revenge??

9 thoughts on “What Price Would You Pay For Revenge?”