Remember when we had those posts regarding income and expense summaries?  Well.. I’ll be damned if I didn’t realize I haven’t posted about this since the summary for April 2015.  Aka – more than 3 months have passed that I haven’t showed any results from the income and expense summary side of my life.  I haven’t shown how I am able to fund my investment purchases, how I’ve been able to balance both living and ht epursuit of financial freedom, as well as – achieving the 60% savings challenge.  I’m Back and ready to bring it!  This is the summary for 3 months that were missed – May, June and July. 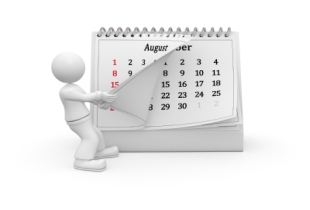 Below is the snapshot of what the 3 months missing looks like for May, June and July.  As you can see, there are fluctuations pretty much in every month to the next month, but hopefully I can dissect and describe the ongoing of events during the month.  Pretty intense but I’ll test it out… 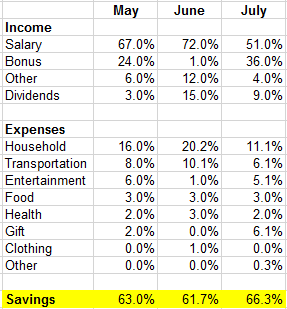 Income Side Summary: Salary did not change over the 3 month period, but the allocation did – consider I had a block buster month of dividend income in June and then I set another record for my month of July for the next month to follow.  This then causes salary figures to typically decrease.  This, obviously from looking at the screenshot above, isn’t always the case, as dividend income was high, but still was the salary – this as due to no bonus really being paid out that month and the other category carried quite a bit of mileage reimbursement and credit card rewards.  I received a bonus in May for my hard work on an SEC 404 engagement, which was unexpected, but I am very fortunate to receive.  Additionally, we had our performance reviews in July and I received quite a nice bonus this past month as well, causing that to spike tremendously.  Overall – even with my expenses going up (sky rocketing in July), I was able to combat that with bonuses and a good amount of dividend income that I was able to save and reinvest.  This has been a very lucky 3 months for me – I was able to bring it cash to continue the investment pursuit, but never as much as I’d like to – I need to keep the focused hat on, but I felt like through 2 quarters and even through 7 months, I still have time to keep up with my goals I set.  Overall – decent 3 months, and I really should not complain.

Expense Side Summary:  From May to July, I was in, as a bachelor, 2 weddings and attended a total of 4 of them.  Phew… that makes 3 that I’ve been in and 5 that I have attended thus far this year – with number 6 coming up in exactly 4 weeks… incredible.  There is one in Charleston, but I don’t think I’ll be attending that one, as with work and not having that special woman, makes it tough, ah.. the rough life of being an Italian guy… Sorry, I digressed but it’s been a whirlwind of weddings.  As you know with weddings – comes gifts, bachelor parties, clothing attire and travel.  I had back to back weddings that I was in on July 3rd and July 4th – one in Cleveland and the other in Chicago, followed by a client trip to Houston the day after the 2nd wedding.  Insanity.  Yes.  Did I do it?  You better damn believe I did it.  Two of my very best friends became married and there was no chance I was going to miss it, let alone miss being honored as a groomsmen in the wedding.  Phenomenal, two perfect weddings that were perfectly different but perfect for who was getting married.  Did I say they were perfect?  Here are some pictures: 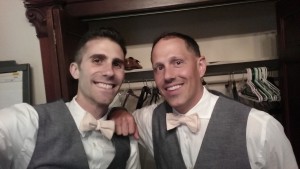 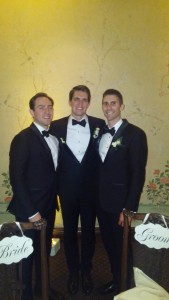 I did quite a bit of driving during May for clients, teaching a training in South Bend which caused transportation to go up, but then I received mileage reimbursement mostly during June for those trips that I made.  I also drove even more in June with trips to eastern ohio and then also to the Akron area quite a bit, mostly for clients, as well as to Indianapolis for a training we had.  My driving slowed quite a bit in July outside of the very end, which was nice.  That is why the housing expense as a % to income went down the first two months.  Reason why it was lower in July was due to the other expenses all just being a little higher than normal (gifts, entertainment, etc).  Overall – I was able to control this fairly well, given the events of: 4 weddings, 1 bachelor party, crazy travel and then trying to breathe in the life where I can.  Talk about just a whirlwind.  I still was able to catch Mr. Market taking a downward turn to buy strong dividend paying companies throughout that 3 month period to get closer to my annual goals I had established for myself.  Heck, even had time to throw a pitch to Bert to cause him to think more and act on making a career change, again.  Pumped to have you back little man!

I am extremely pumped that I’ve been able to cruise over 60% and actually hitting some pretty big highs – this has been fueled by frugal living, high amounts of dividend income with reinvestment, working hard with my career (bonuses aren’t always a bad thing, so damn lucky) and then just taking advantage of big life events.  What’s wild is that I’m currently outside at a place called Legacy Village at my house on a weekend day typing this.  I love sharing my life events, thoughts, ideas and suggestions with everyone and being able to do this anywhere, with the weather being in the upper 70’s and a slight breeze is phenomenal.  Damn… so lucky in this life.  Let me know your feedback and, as always, thank YOU for stopping by.