My wife and I moved into our house at the beginning of September.  Finally, nearly three months later, we were able to solve the most controversial purchase and topic of discussion….our new couch.  I cannot explain why, but we visited an insane number of furniture stores, sat on hundreds of couches, and could never find one that we both loved.  Finally, though, after these three very long months, we found “the one.”  I wanted to share the story about how a few simple tricks saved me almost $375 on our new could. The best part, it took less than a half hour to save some serious cash. 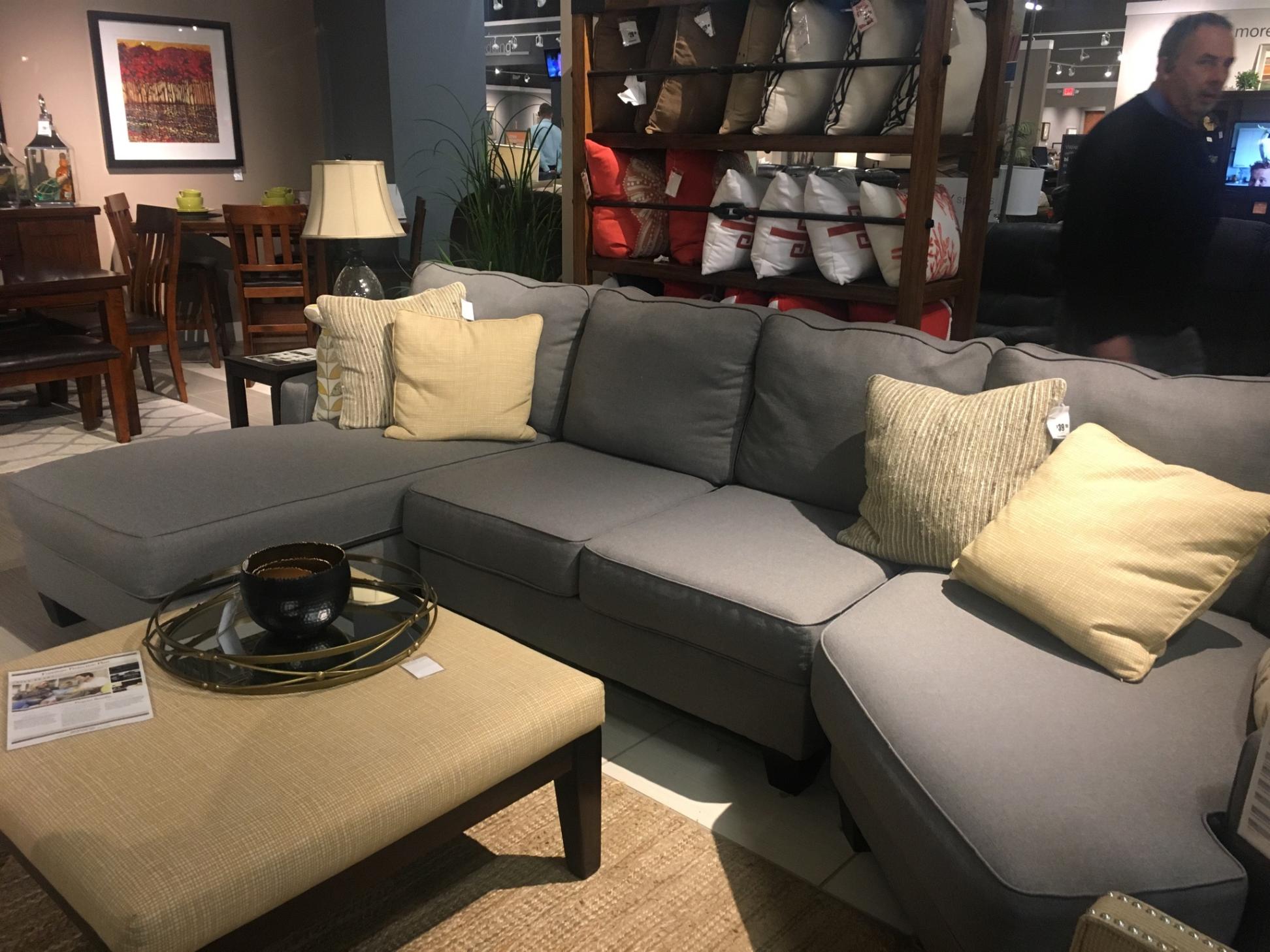 Last year, my sister and her boyfriend told us about how they successfully negotiated an amazing deal on furniture around Black Friday with one of the large furniture store chains.  We checked online and noticed their Black Friday specials were released already,  so we ventured out on this nasty day to see what the company had to offer and to test out our future options.   On the way to the store was a large, outlet style furniture store that also carried the chain store’s furniture.  So we decided to stop there to see if we could find a better deal or at least use their prices for leverage.

30 minutes were spent in the outlet store and we found two to three couches that were leading contenders. One couch was selling for $1,000 and one couch for $1,199.  Both of which were verbal offers.  Compared to other prices we had viewed in the past, this wasn’t too far out of line.  Not only was it shocking enough that  we both actually agreed on a couch that we liked, but I didn’t shake my head and say “absolutely not, too expensive” when I viewed the price tag.  We left knowing that there were some nice options for the sectional that we wanted and were ready to hit the next store with momentum.

After entering the other store, we found a few options we liked.  We were working with this nice salesman who was on the job for less than a month.  He walked us around the store, showed us their great Black Friday specials, and we had a fun time.  The problem was that we were having a hard time finding the right couch for the right price at the store.  All the sectional couches that we liked were not part of these amazing Black Friday specials that were advertised.  After feeling discouraged, we started heading towards the front of the store with the salesman and something caught our eye.  We noticed the same couch that was selling for $1,199 at the outlet furniture store!

The only problem was that the couch was listed for $1,499 at the store.  After talking about the couch, the layout options, and other small talk, I mentioned that the other store sold the couch for $1,199.  He said to me that their store will price match anything as long as there is either a written offer or a screenshot of the price online.  Since the price from the other store was only a verbal offer, I knew that I would have to get it in writing or find it online to have the price matched.  Heck, I was already brainstorming and scheming the ways I was going to play the two stores off of each other and try to get another $100-$200 off of the couch.  We shook hands with the sales rep and he gave me his business card, telling me to call him when I find the lowest price and he will do everything he can.  I told him “challenge accepted” and we drove home to scour the internet.  It was time to find the lowest price possible on this couch.

My wife and I returned home.  I immediately ran to my laptop and began searching for the lowest possible price on the couch.   I found a price for $1,099 and $1,049 on other websites, so I knew that I was in business.  At this time, my smile was nearly ear to ear.  Then, after about 20 minutes, I found it.  I found the couch listed on a discount website for only $899!  I called my wife over to make sure I wasn’t crazy, and she confirmed that the price was that low.  I even texted it to Lanny and told him that I was going to use this price to negotiate a final price below $1,000.

I called up the sales rep the next day, told him about the offer.  He said to text him the screenshot and they would see what they can do.  I sent him the picture showing a $899 price.  5 minutes later, I received a great phone call telling me the great news.  The company was going to match the sale price of $899!  Just incredible.  That was the last thing that I was expecting to happen, and I couldn’t be happier.  I immediately told my wife and we were so excited the search for this darn couch was over.

All in all, we were able to save over $360 from the lowest price identified after shopping.   The beauty of it is that I didn’t do anything special.  Price shopping and finding the lowest price possible is not some new trick.  We do this all the time for everything.  Price shopping for furniture was new because I never really had the intent to purchase it online. But taking the extra step, not being afraid to ask to price match or provide a discount as I have written about in the past, and being stubborn in the negotiation paid off for me today.  That’s how you really make every dollar count everyone.  Sure I wasn’t able to reduce it to the cost of a peanut butter, oats, and banana lunch like Lanny, but hey, I’ll gladly take this price!  Now, I cannot wait to lay down on this couch and it will be even more comfortable knowing that we were able to save an additional $360 on our purchase.

How aggressive are you with online shopping and price matching?  Have you done this with furniture before?  What is your favorite tactic to get the lowest price possible?  Please share any great and successful stories you all may have.  Would love to hear them!