I did it folks!  The deed has been done and on 4/2/2016 – my internet plan will be changing.  After a long fought battle, the decision has been made.  There are quite a few reasons and I want to explain the steps, research and methods used to ultimately come to this action.  Please continue to read on how, what and why this occurred! 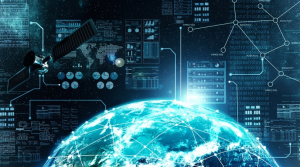 Obviously I wrote in a recent article that I was asking the community if my internet price was too high for the speed I was receiving (6 mp download at $37.00 per month, which was with a $15.00 credit).  The responses were amazing – some saying yes, but most saying I was receiving good value.  I wanted to analyze this further and see if there was some ass kicking I can do.

My first factor was speed per dollar, which I was paying $6.17 per mb download speed.  There was a new provider on the block called WOW! and they were offering $25.00 per month for 30 mb download speed (for the first year, and it may increase $10 after 12 months).  Using the promotional price, this equates to $0.83 per mb download speed.  Therefore – speed and price per speed were big factors here.  I could switch for 5x faster speed and also save 32% of my internet bill.  Secondly, at this point, price became a factor due to the lack of speed I was receiving for what I was paying with AT&T.  At that point in time – I thought, it’s OK, I don’t need that fast of a speed right now and I haven’t had any outages of my internet over the last 12 months.

However, the next dagger that led me to switch was a recent message from AT&T…  This message was over the soon-to-be implemented (May 2016) Internet Cap.  Wow.  You now will have to pay $30 extra per month for unlimited home internet usage and/or pay an extra $10 per month for each 50gb you use.  I performed a quick usage calc from their calculator and I would blow through this with my Netflix streaming.  No way, not in my house – no ceiling will be placed over me right now other than my own roof.  AT&T (T) made it easy for me to want to switch at this point.  That was a huge factor on me – I already watch data on my phone but now I had to watch data for internet at home?  C’mon!  (Could be a reason why Bert wouldn’t want to buy a house!) Now to the actions…

This was March 31st.  Once I heard the news about the internet cap, I had to call AT&T (T) and get to the bottom of this.  I wanted to give them a shit and ask for some sort of discount or customer appreciation facet to keep me.  Here I am calling… on the phone for 15 minutes with a gentlemen in the customer loyalty department.  He acknowledges the concern of the internet cap and even suggests to pay an extra $30 to avoid it – after I said I want my bill to be matched… Really?!  REALLY?!  I did, I did ask first to see if they can match my bill at $25.00 to the competitor, even if my internet speed stays the same, as I figured – if I go over with another 50gb, it will still be cheaper with an extra $10 charge than what I’m paying now and it will avoid me having to call WOW! network.  Well – they couldn’t match and wouldn’t match it.  Strike 1.  Then, I asked if the faster internet was now available on the street I lived – he proceeded to tell me each street perpendicular to me had the faster internet speeds, but that my location was not acceptable to them just yet.  Strike 2 – no internet speeds.  I then proceeded to just tell him what position I’m in – here is a new company that is offering me 32% less of an internet price, for 5x the speed AND they can come & install in the next 4 hours if they wanted to, additionally – I own over 150 shares!  Response – they appreciated me as a customer, they hope that I stay but understood why I would leave, given that there is nothing that they could do to keep me as a customer.  Strike 3 and YOURRRR OUTTA THERE!

After this “wonderful” conversation with supposedly the loyalty department, I called WOW!.  They were true to their $25 per month price point on the internet speeds and could virtually come out to my location at any time that I wanted.  I chose April 2nd between 12pm and 4pm for them to arrive.  They were also trying to sell me on equipment insurance of $5/month and then to use their modem at $10/month – but I chose to waive on all of those fees, as I believe I am to keep my modem currently and in the almost 60 months of having AT&T – they changed my modem once, and that was to virtually only test the internet speeds in my neighborhoods.  Further, if AT&T needs their modem back – I have quite a few left at my family’s house and/or can pick one up off of Amazon for a fairly inexpensive price point.  However, the decision was made and there was contact on the swing – WOW! will be coming and for $25/month I will be receiving NO capped internet and 5X the internet speeds that I was receiving beforehand.  I will now save over the course of 12 months, $144 or 32% of my internet bill.  One caveat, however, is there will be a $50 installation charge on my account, which the payback period will be 4 months of usage, not too worried about this.  If this promotion expires and goes to $35 – I’ll see what else is out there and if they are still offering the $24.99 promo package – I’ll then ask for it again.  Easy enough.

Sometimes you win and sometimes you lose.  I have learned that it’s in your control with the services you have in your life – insurance, car, housing, career/employment, to spend, to invest, etc..  It’s also partly your responsibility to make sure you are attempting to receive what you want in life, even as little as the best internet value you can receive.  We have the control of choosing and that’s a very powerful tool.  I am definitely learning how strong your decision is in making choices, even as little as this is.

Would you have done the same?  Would you have at least tried to work with AT&T as I had or would you have packed your bags and left as well?  What do you think of the deal and new service?  Any other pointers or methods you would have employed in this – doesn’t have to be limited to internet, but it can be for other things?  Thanks everyone, hope you all have had a great start to April!