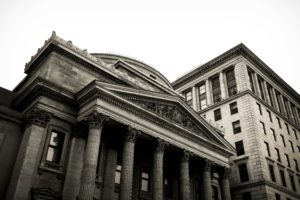 Why are Big Banks Increasing their Dividend?

This is a great question.  If you haven’t noticed, there is a trend of banks announcing large dividend increases in the summer.  This is due to the completion of the Federal Reserve’s annual assessment of capital adequacy and capital planning for large financial institutions (aka Big Banks).  The objective of the assessment is to ensure that bank’s are capitalized and can withstand a sudden downturn in the economic environment.  Think of how quickly things turned sour during the last financial crisis.  The crisis accelerated due to the fact that financial institutions were not adequately capitalized to withstand losses.  So now, Big Banks are subject to this annual examination by the Federal Reserve.

The threshold for banks subject to this analysis continues to increase.  At first, with Dodd-Frank, banks over $50 billion in Assets were required to perform testing.  As economic conditions improved and deregulation has occurred, the asset threshold has increased.  In 2019, only the 18 largest institutions were required to perform stress testing and capital planning,

There are two components to Fed’s evaluation:

Once a bank passes both parts of the stress test, the banks are free to execute their capital planning.  If their plan includes large dividend increases and share repurchase programs, then the bank is free to announce the plan.   The Federal Reserve issues a report detailed their methodology and the results of the examination in June.  This is an excellent segue into our next topic.

The 18 banks included in the report passed this year.  Indicating that the Federal Reserve gave these banks the go ahead to increase their dividend and announce share repurchase programs.  And man, once the green light was given, the flood gates opened up.  Here are some of the announced increases:

Holy Capital Ratios!  I mean, look at those numbers.  I only included one-third of 18 banks that passed the stress testing.  To all the shareholders of these corporations, congratulations.

Something that comes to my mind when reading this:  What does this mean?  Are these increases too large?  The reality is, it is hard to predict how exactly the next financial crisis will unfold.  As you know, banking is always changing.  In particular, the last 12 months have been a roller coaster ride in terms of interest rates (As Lanny discussed in a detailed article here) The stress testing and capital planning is a great way for the company to carefully consider the capital that will be required by a bank when the next crisis arrives.   The capital plans are required to be considered in conjunction with the stress testing.  Because of this, I feel better about the announced dividend increases and share repurchases.  Even if the numbers are insanely large.