I couldn’t sit on the sidelines too long.  After a strong month of purchased in January, which saw me add to my current stakes in  ADM and CZNC,  I wanted to keep the momentum rolling.  At the end of my January dividend income article, I mentioned that I purchased a stock but haven’t disclosed the purchase yet to the community.  Well, that is about to change.  Last week I unloaded some capital and purchased a stake in Pfizer (PFE).  Let’s see why! 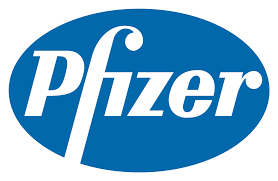 Timing is everything and that’s what made this purchase so exciting.  PFE actually wasn’t the stock I initially started analyzing.  Last Sunday night I was running a few stock screeners and discovered that Abbott Laboratories appeared undervalued after a tough start to 2016.  My interest was piqued.  They are a Dividend Aristocrat, appeared on our Top 5 stocks with a low debt to equity screener,  and announced a 8.3% increase in their dividend in December.  The stars were aligning for this purchase and I was getting pretty excited that I would take a chunk out of one of my 2016 goals, which is to purchase 5 new Dividend Aristocrats during the year.   Why aren’t I talking about how I purchased ABT this week?  Well, I was telling Lanny about ABT and he suggested that I also take a look at Pfizer as well despite the fact they are not a Dividend Aristocrat.  He has been a huge fan of the drug manufacturer since he bought them many years ago and suggested that I give them a fair shake before initiating a stake in ABT.   So I followed his advice and as I dug through PFE, I started to see some things that I really liked.  Here were some of the major selling points for me.  I’ll run through some of the metrics of the Dividend Diplomats’ Stock Screener and a few extra metrics.

I left my researched convinced that PFE is a great fit for my portfolio.   All in all, I purchased 100 shares  of PFE with a cost basis of $3,019.  This added $120 to my annual dividend income, which is one heck of a sum.   I really took Lanny’s idea of purchasing stocks in at least $3,000 chunks to heart.  What’s cools is that I now will receive about 1 new share per quarter if the price remains at its current levels.   Lanny was even joking with me that I can write options now if I would like.  However, I’ll wait a little longer to start messing around with that arena.   I mentioned earlier that timing was everything and there was one other key fact that convinced me to purchase PFE over ABT this quarter.  I really wanted to capture four dividends from one of the stocks during the year.  I just missed ABT’s ex-dividend date, which irked me.  However, I began my PFE research 2 days before their earnings release and ex-dividend date.  What timing and what luck!  I snuck in right before the deadline and now I will receive that March dividend, which was very important to me.   All in all, I couldn’t be happier with my purchase and this new addition to my portfolio!

What are your thoughts about purchasing PFE?  Would you have opted for ABT instead?  What other stocks are on your radar?  Do you purchase stocks in large volumes or do you prefer purchasing more companies at a lower value?