Over the last few weeks, we all have spent many hours preparing tough/challenging goals for the year ahead of us.  Why not?  It is fun and exciting to think about the future and map out where you want to be a year from now.   Before I fully shift modes and focus on knocking out my 2016 goals one by one, I figured I should take a cold hard look at my 2015 goals and see how well (or poorly) I performed during the year.  Even though it was not articulated as well as it could have been in my article, the results of 2015 were a major influence in setting the table in 2016.  So now, let’s have a look at my final 2015 goal review and see where/how I can improve in 2016. 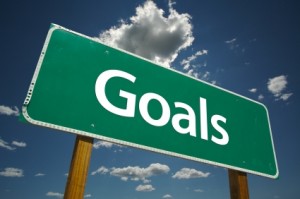 Reviewing my 2015 goals was bittersweet.  I am happy with the progress made in my portfolio and knocking out my “New Capital” and Roth IRA goals were huge catalysts for it.  What is disappointing to me was failing the other goals, which focused on diversifying income streams, improving my finances, and achieving a life goal  of mine.  I kept citing lack of time in this article and it bothers me that I couldn’t do a better job fitting these goals and activities to defeat this goal into my schedule.  That shouldn’t be my default excuse and I’m going to do more this year to make sure that is less of an obstacle in 2016.   Regardless, my failures in 2015 taught me some important lessons and I am a better investor because of it.  Plus, the failures have re-junvinated my passion for websites like Swagbucks and I’m determined to use this as a source of supplementary income.   I’m looking forward to moving on to 2016 and working to knock out all of my goals next year.

What are your thoughts on my goal review?  Any suggestions for generating other income?  If you were me, would you have incurred the cost to see one of your sports teams on the road?  How do you manage lack of time/achieving goals that require additional time?  Were you successful in achieving your 2015 goals?